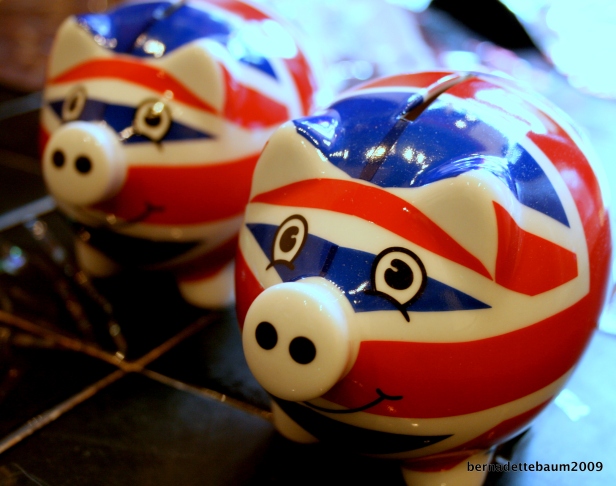 One of the fun things about having lived in many places is that you get to know the food intimately. Add to that decades of cooking and fearless eating, some severe myopia and moderate deafness, and the result is an unusually acute sense of smell and taste. Should you be afraid? I used to be able to smell a flatmate approach my apartment door the second he was out of the elevator (he wasn’t particularly inoffensive-smelling) – it would hit my nose the very moment my cat’s ears would prick up in interest. Back when smoking in pubs was obnoxious but legal, I would be unable to get to sleep afterwards until I’d had a hot bath and washed and dried my hair twice. And, while pregnant, the mere suggestion of some scents would make me gag.

Around that same time, perhaps my annoyance feelers also got a bit more sensitive, and now, like a dog’s hackles, rise easily when people cast casual aspersions about matters about which they couldn’t possibly know everything. Such as a particular country or region’s cuisine. Recent comments (none out of the mouths of my well-mannered, well-traveled and well-eaten friends) were targeted at food on the British Isles. “It’s all bangers and mash and boiled cabbage.” “You’ve got to have your meat and two veg.” And this gem, “How can you think about ‘London’ and ‘food’ in the same sentence?”

Given the choice of living anywhere – with food being a key factor in the deliberations – I would pick London. This is why:

London’s supermarkets – the best in the world

In Singapore, there’s Cold Storage and the island’s glorious wet markets; in Toronto,  Loblaws and Dominion; and in NY and NJ – King’s, Trader Joe’s, Whole Foods, Costco, Fairway, A&P and others. None of these – and I mean none – has a patch on Waitrose, Sainsburys, Marks&Spencer or Tesco in the UK.  Click on those links and take a look.  London was the last place where I could confidently make online grocery orders (ten years ago) and know I’d be happy with the decision.

I’m talking about the quality of produce (I look forward to summer visits and to buying fresh and tasty tomatoes and strawberries – often smaller than their US siblings but just bursting with flavour) and of canned and bottled goods, the variety of choice, the range of healthy options, the choice of cereals that aren’t mostly sugar or sodium, the range of high-quality, tasty, authentic prepacked dinners of many ethnic persuasion and the glorious spread of the grocery store’s own-brand goods. The recipes must have been taste-tested a hundred times – Indian and Chinese friends are often happy to just buy them off the supermarket’s freezer shelves.

The British groceries also have their own-brand range of non-food items such as stationery, school supplies, kids’ essentials, quality underwear and socks, bags, drink flasks, etc. These aren’t just there in case you need it, in the way of cheaply-put-together tumblers and towels. They’re thoughtfully and practically designed and attractively packaged, making the decision a no-brainer, and make the store a one-stop destination for a busy parent.

Whatever your persuasion or preference, you can find a top-notch restaurant that suits it in London. If you don’t want a restaurant, the supermarkets will stock the ingredients you need, and if not the supermarkets, there are hundreds of ethnic grocery stores that will end your search without your having to travel too far.

This is hard to condense. Whatever one thinks of as British food – the English breakfast (sausage, mushrooms, baked beans, black pudding), Sunday roast (beef, roast potatoes, yorkshire pudding), shepherd’s pie, cottage pie, steak and kidney, fish and chips, bangers and mash, tea and scones – it’s all still there, wonderfully reproduced in pubs and gastro pubs (basically a pub with high-quality food and innovative takes on traditional and new British fare), along with British hybrid dishes such as chicken tikka masala, thanks to the cultural influence of those who have settled in the UK. Desserts need a mention – what’s British if not bread and butter pudding, treacle tart, banoffee pie, custard, crumbles, cobblers, mince pies, trifle, sticky toffee pudding and summer pudding?

Then there’s modern British cuisine, which combines traditional recipes with topnotch local ingredients and new trends in food preparation. This has been popularized by British TV chefs such as Gordon Ramsay, Nigella Lawson, Jamie Oliver, Delia Smith, Keith Floyd (who died recently) and dozens of others, many of whom have written books and have several TV shows. Influences are drawn from the cuisines of the Mediterranean, the Middle East, the Indian subcontinent, East Asia (China, Japan, the Koreas) and Southeast Asia. When we were back in London for a visit recently, I was adamant that I had a moment to watch the BBC Food channel to find out what was new, what exciting ingredients the chefs were cooking with and to gather ideas and inspiration. And yes, I returned with three cookbooks.

I’ll say the least about the choice of restaurants because there are so many excellent ones and I wouldn’t know where to begin.  I’ll start with the numerous gorgeous meals we’ve had in eateries a walking distance from our home in Clerkenwell. Without even consulting the Zagat guide, we could happily head to Cicada, Moro, The Japanese Canteen, the Afghan Kitchen, the Eagle, to name just a handful of restaurants from the casual to the medium-high-end, and come away heady with stunning meals that are still remembered, and fancied, years and years later.  Suffice to say I haven’t experienced this since, even though we’ve stuck to our formula of planting our home somewhere central and lively.

Thankfully, in our corner of NJ, I can still have a British-food fix when I need it:  The Pie Store makes beautiful savory and sweet pies – I recommend the chicken tikka and steak and kidney, and The London Food Co. has been so handy when I’ve needed to stock up on tea, jam, biscuits and chocolate – a taste of home without getting on a plane.

(All text and photos or images are copyright protected. Please do not reprint any stories, recipes or photographs without the author’s permission.)

Many years ago, in a tropical paradise far away, a little girl grew up in a jasmine-fringed house with orchids, mango trees, papaya trees, banana and coconut palms, jackfruit, soursop, tomato vines and a curry plant. She watched as her Gran cooked and baked in a fragrant kitchen full of chatty female relatives, and, clutching onto her sari, tagged along as she distributed freshly made treats to the neighbors. The girl took a bite of her favorite cookie – a sooji biscuit, powder-crumbly and melt-in-the-mouth buttery – and fell in love with food.

That was me, and I have been cooking since I was ten. Having lived in Malaysia, Singapore, London, Toronto and now, the US East Coast (along the way marrying my British-Jewish sweetheart from Bloomberg), I started this blog in the hope of passing on to our two kids our favorite family recipes from a combined rich cultural heritage, and inspiration picked up from our family’s sojourn on three continents.

Please drop by and say hello, and share your story and recipes, too.

(All text and photographs are copyright protected. Please do not copy or reprint without permission)